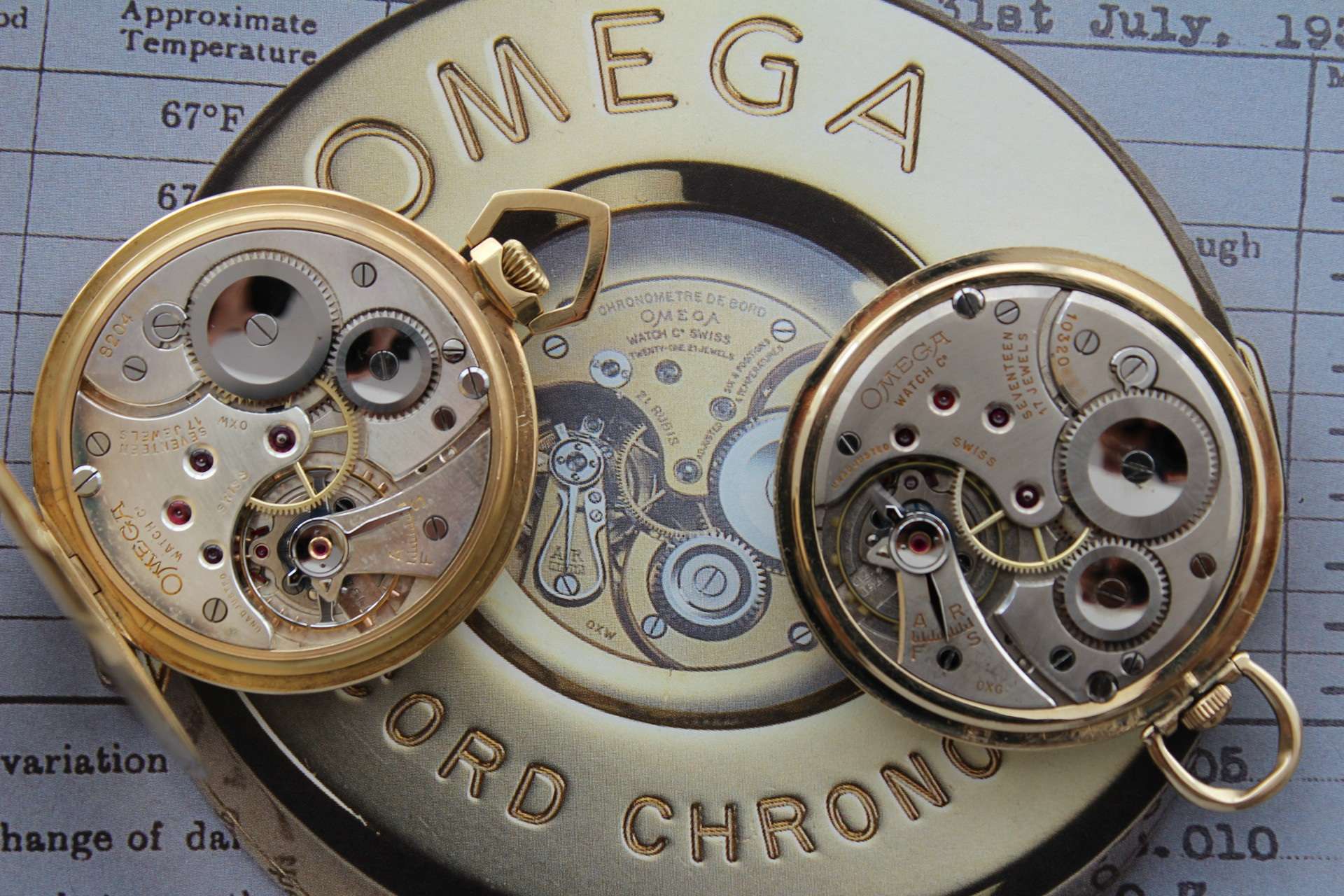 But how did it get to Import Codes in the first place ?

If Canada had a friendly protocol, favoring the import of Swiss manufacture, it is known that the US import requirements have been more severe, trying to protect local manufacturers. These regulations aimed especially Swiss manufactures, that were about to take a big market share during the 20th century.

If we look back, during the 19th century, the US import regulations were more indulgent, in the sense that Swiss manufacturers could export their manufacture more easier, with the compromise of using national (American) made cases. Practice favored until 1980’s.
A few important manufacturers took the business to a different level, either by buying local case manufacturers, or by assigning their own agents (usually in the form of kinship with the Swiss manufacture proprietors), thus establishing a real import network or gateway for their products to the American continent.

By the end of the 19th century, watch imports were already holding an important share. However, the Great Kipton train wreck of 1891, put things into a new perspective. This officially marked the entering into the Chronometer era, although we could partially attribute the merit to Hampden, for starting the jewel count war in 1891.
Webb C. Ball was assigned to investigate the cause that led to the fatal train crash and bring time inspection to modern standards, that eventually led to Railroad Chronometer Standards, in 1893.

Although US Railroad watches were in service as early as 1850’s, there was no clear regulation saying Swiss watches couldn’t qualify for the task.
So the new Railroad Chronometer Standards, of 1893 made it clear for the first time, that only American Made watches may be used. Even though Canada had no problem using both Swiss and American watches, the American made watches would dominate the US Railroad Standards scene.
Despite efforts, Swiss manufactures still found a way to bend the rules. Longines was already enjoying a great success in the United States, through their long established Wittnauer retail network. So meeting the railroad Standards did not take long. Vacheron & Constantin, Record, Zenith or Omega were other brands to follow.

Since 1905, Omega movements found their way into the US railroad watches. It is critical to understand how, since Omega never made a huge propaganda back home, on The Old Continent, for entering a partnership with the US or Canadian Railways using the official channels (like the Man on the Moon for example). Officially, Omega never entered a partnership with the American Railroads. The US and Canada agents and time inspectors (watch dealers, outside their official network) did all the work instead.

But Omega was represented in the US market even before 1905. After being distributed in United States since 1898 by Edmond Robert, the year 1906 finds Adrien Brandt in United States, establishing WSAOW (Western Selling Agency – Omega Watches), now having a second representation in the trade. However, things were going bad, and Gustave Brandt reorganized the company and renamed it WAOWC.
With the Tariff Act of 1908 imposing a 40% entry tax for all watch imports, Omega continued to struggle in chaos, selling much of their good quality manufacture for little money.
The 1909 records show that both E. Robert and WAOWC were replaced by USAOWC, with the minor participation of P.W. Ellis & Co. of Toronto, the Omega official agent in Canada.

Although standard Omega identifying elements like movement plate serial #’s were only introduced after 1912, Omega complied with American market requirements from the very beginning. While for every US Railroad movement, Omega complied with the Ball’s Railroad Chronometer Standards, and the movements qualifying for the Railroad standards were showing, without exception, the Jewel count, Adjustments, Movement Grade and Serial Number, had a lever set mechanism and were fitted with Railroad requirements dials, like the Montgomery or Ball style, just to name a few. On the other hand, Omega never intended to deliver such high quality movements anywhere else, as they already had great success in delivering complete 15 Jewels Railroad watches.

On September 26, 1913, Woodrow Wilson put his signature on Federal Trade Commission Act, absorbing the 1903 established Bureau of Corporations, having a very early antitrust statute. Once again, watchmaking industry is aimed. To avoid a total collapse in America, Omega buys the P.W. Ellis’s share in 1922 and puts a new director in charge, but couldn’t avoid liquidation 5 years later.

It is about this time when Federal Trade Commission regulated once again the trade, in the way that every import watch or movement should have clearly stated, for taxation protocol, the manufacturer, the country of origin, the correct number of jewels, every one of which serving a mechanical purpose, as a friction bearing, the caliber, and if they were adjusted to heat, cold, isochronism, and position.
The novelty was a three letter import code that was assigned to each watch or movement sold in the United States.

The above regulations were also stipulated by the Smoot-Hawley Tariff Act of 1930, which was the first law to target the Swiss manufacture for import taxation based on quality, judged by jewel count and adjustments. Specifically Swiss because no French or German manufacture, competing in the US market (if any), have been reported carrying import codes.
In short, the higher the quality, the higher the tax.

But the meaning of the import codes was different then what I was expecting when I first observed it. For many years, I thought it was a code to identify a unique manufacturer, just like trademarks, claiming ownership on a certain market.
The code was actually assigned to the American importer – of the Swiss manufacture, responsible for paying the import taxation, and not to the Swiss manufacturer.

Returning to Omega, after the 1927 liquidation of the US agency, J.R. Wood, an important jewelry manufacturer and dealer of New York, became the unique agent in the United States. This was in 1928. Eventually, they took different paths in 1936.
In 1937, Omega entered a new partnership, this time with Norman Morris Corp. of New York, which lasted until modern times (exactly until January 1st, 1980), and was the last US importer of the Omega brand.

The code assigned to J.R. Wood was OXW, and the Omega watches exported to the US and carrying this code would have potentially been manufactured between 1928 – 1936. 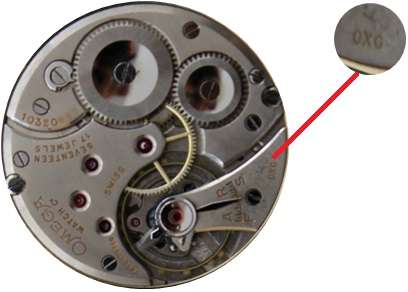 This is why it is not unusual to see two different codes for a single Swiss manufacture; import agents changed a lot back then. It should also not surprise you, if the same Swiss watch company would have had two agents at the same time, thus two different import codes for the same manufacturer and period. One tagging a watch franken or fake just by the import code argument, should revise brand importers first, to make sure a good deal is not missed.

For example, the OXG code was attributed to all Norman Morris imports, not just to Omega – Morris imports. In the pre Omega era, the OXG code could have been observed on Ollendorff watches, imported by Morris into the US. However, Ollendorff was in business with different importers, and carried codes like IXO, OXG, DOW or GXI, so once again, this tells its rushed making any judgment on a watch based only on the import code argument.

When exactly did the code use came into effect is unclear, but I can speculate it was around the Smooth-Hawley Tariff Act of 1930. I favor this theory, because: 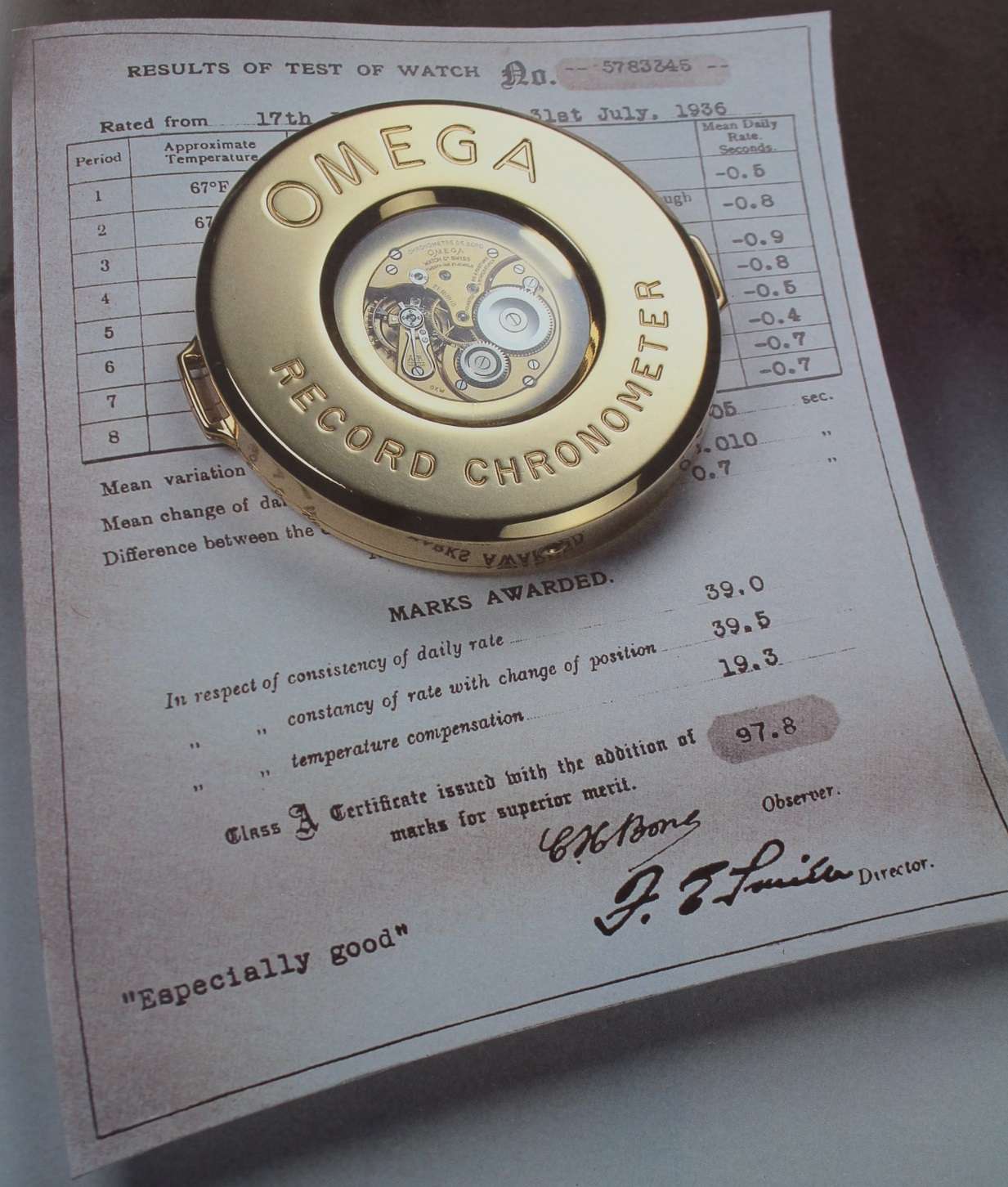 Therefore, Omega must have started marking their movements with the new import code anywhere between 1930 – 1933. Further research could produce new evidence regarding the exact moment when code use came into effect.

In an earlier article, I have already pointed out that Omega used to pre-assign serial batches for the superior quality movements. The Omega – OXW Record Chronometer is yet another evidence of such practice. If we judge by the serial alone, it would correspond to early 1920’s, when it was pre assigned, and when import codes were not in service. However, the movement was ready for delivery only in the early 1930’s, as it shows the OXW – J.R. Wood import code, possibly a Navy Order. The only reasonable conclusion (if not just stock excess), is that such quality manufacture, that came in a very limited number, would demand higher attention thus finishing and deliveries came on a slower pace.
For whatever reason, the movement # 5.783.351 shows the OXW import code, but was never delivered to United States, and ended up being adjusted by the famous Alfred Jaccard in 1933. Jaccard would make history at Kew-Teddington Observatory, just 3 years later with a twin movement (serial # 5.783.345), achieving 97.8 points out of 100, record still standing today. The 1933 Chronometer, only achieved 97.4 points out of 100. 🙂

The Omega import protocol was followed by any Swiss manufacture, so either way you put it today, the import code argument is a real gift for the collectors, being able to confirm exact market provenance, as well as authenticity of the movement to a certain level, and if lucky, one could determine, small production span, like the Omega – OXW, of ca. 6 years run.

I would also take with a grain or two of salt any import code list or chart available online. First of all, these codes do not refer to the import agents as the main key in identifying the period of the imported manufactures, and they are – most of the times – exclusively associated with the watch brands carrying them, thus giving the impression that if a code was not observed before or little observed when associated with a certain brand (say Heuer, Breitling, etc.) is probably a fake or a franken watch, which is wrong.
The best appropriate way to make a chart useful is to correctly identify the name of the importer and its unique code, then their imported brands by period.

Warning: count(): Parameter must be an array or an object that implements Countable in /home/promani1/public_html/twistoftime.com/wp-includes/class-wp-comment-query.php on line 405